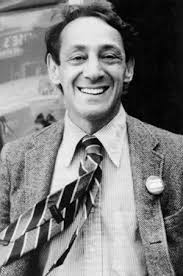 According to ABC.com, a sixth grader in San Diego county was going to present a class report on Harvey Milk and was stopped because the school requires permission slips from the parents before teaching the kids about sex.

The ACLU has stepped in and is suing the school unless the school apologizes and the student gets to do the report. Hopefully, rationality will prevail.